The Fair to End All Fairs 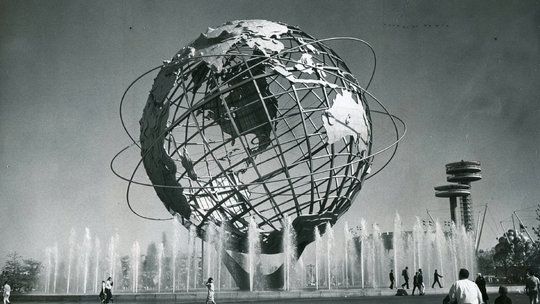 The Fair to End All Fairs - NYTimes.com

When you drive by on the Van Wyck Expressway or the Grand Central Parkway, the space-age towers of the New York State Pavilion, among the few remaining traces of the 1964 New York World’s Fair, rise up from the trees like a relic of some vanished, Jetsonian civilization, and the people who built them seem much more than 50 years distant from us. They were people apparently inspired by the idea of progress, and by a now quaint-seeming faith in the future, who actually believed in things like world’s fairs. Who would think of organizing such an event now? Who would pay for it? Who would bother to go?