Man accused in rape of woman, 82, busted in Brooklyn

The Brooklyn sicko suspected of raping an 82-year-old grandmother has been arrested in Brooklyn, according to cops.

NYPD caught Asa Roberts, 18, in Bedford Stuyvesant after he eluded them twice earlier this week. "About 20 percent of the program's 5.5 million policies are priced too low to cover the risk of flooding. Many of those structures were built before the program was enacted in the late 1960s. So Congress grandfathered them into the program at reduced prices, believing that insurance premiums would offset rising federal disaster aid."
No comments: 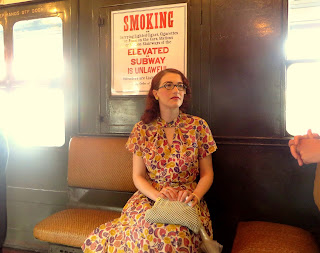 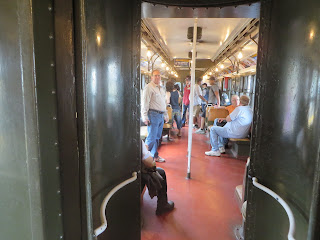 On June 22, 1915, on a seasonally cool but fair Tuesday, The Brooklyn Rapid Transit Company, or BRT, (which would become the Brooklyn-Manhattan Transit Corporation, or BMT), opened its first subway with much pomp and circumstance with Manhattan to Coney Island service. Its first train crossed the East River to Downtown Brooklyn via the Manhattan Bridge and then headed out to Coney Island using the new Fourth Avenue Subway and Sea Beach Lines. The inaugural ride from Chambers Street to Coney Island took 48 minutes, according to the Brooklyn Daily Eagle. It was New York City’s second subway company and, in its time, one of the most innovative transit networks in the world.

The BMT’s centennial was relived today at the New York Transit Museum where MTA New York City Transit President Carmen Bianco took part in the festivities. In addition, nostalgia trains will be put into service as part of the centennial celebration this weekend on June 27 and 28, when customers can ride the vintage subway cars between noon and 4 p.m. with just the swipe of a MetroCard.
No comments:

The hipsters have taken over the Rockaways

The hipsters have taken over the Rockaways | New York Post

"You can keep your Wahlburgers, Coney Island: The new Riis Park Beach Bazaar means the Rockaways have officially taken over as the hottest beach destination in the city."
No comments:

Weenies burn flag to protest cops, get attacked by bikers, need cops to save their asses

Weenies burn flag to protest cops, get attacked by bikers, need cops to save their asses | New York Post

“They took off like little b—hes,” said one biker. “They lit the f–king flag and took off running once they got slapped once or twice.”
No comments:

The Secret to Successful Crisis Management in the 21st Century - Melissa...