The third annual NYC Unicycle Festival is rolling across New York City this Summer. The three day festival offers one wheeling spectacles and events of many types.

Beyoncé set up shop at Coney Island while shooting a music video on Thursday. The blonde singer was all smiles as she rode the Coney Island Cyclone roller coaster with her stylist Ty Hunter, sporting a hat with Biggie’s face on it. She used a robe to cover up while making her way to the set.

Fans swarmed the amusement park to get a glimpse of the superstar, who waved to them as she walked by. Photographer Terry Richardson was also spotted on set, leading some to believe that he may be directing it.

On Saturday, Beyoncé will headline the first day of the Made in America Festival in Philadelphia.

See more pics from Bey’s fun day at the park.
No comments:


Trees damaged and left rotting by Superstorm Sandy have finally led to a full response by the Parks Department. The New York Daily News is reporting that the Parks Department is planning to inspect and cut down thousands of trees, not only because they are dying, but because they are endangering residents.
We have previously covered the scores of dead and dying trees left in the wake of Sandy. The prevailing thought is that salt water flooded the root systems of thousands of trees across Southern Brooklyn and other parts of the city, effectively killing them. We recently noted that the Parks Department has already begun the process of removing the damaged trees across Southern Brooklyn including areas along Ocean Parkway, Shore Parkway and the Belt Parkway.
The Parks Department has laid out greater details for their plan to deal with all the salt infected trees. They plan to cut down 2,000 trees of the 45,000 they have inspected earlier in the year. They also plan to re-inspect another 4,500 in the fall. As for replacing the trees, the Parks Department said they would wait until spring’s planting season before gauging their plans. Meghan Lalor, a Parks Department spokeswoman, listed higher priorities before they launch a full scale re-planting.
“In the interim, we have been and will continue to remediate soil, as necessary, with compost and gypsum – both mitigate salt damage – to encourage the return of healthy biological functioning,” Lalor told the Daily News.
Chuck Reichenthal, the district manager for Community Board 13, covering Coney Island and Brighton Beach, was sad to see the trees go but said it was important nonetheless.
“It is a very sad time because these trees have been here for so long, but it is a necessity for safety,” Reichenthal told the Daily News. “Everybody is hoping they make replacements because this is still Brooklyn, and this is where trees are grown.”
No comments:

Unicycle ride down #OceanParkway to #coneyisland

At 5pm this Friday, our unicyclists will ride down @oceanpkwybklyn as we continue to #ConeyIsland as part of #NYCUniFest
— NYC Unicycle Fest (@NYCUniFest) August 26, 2013 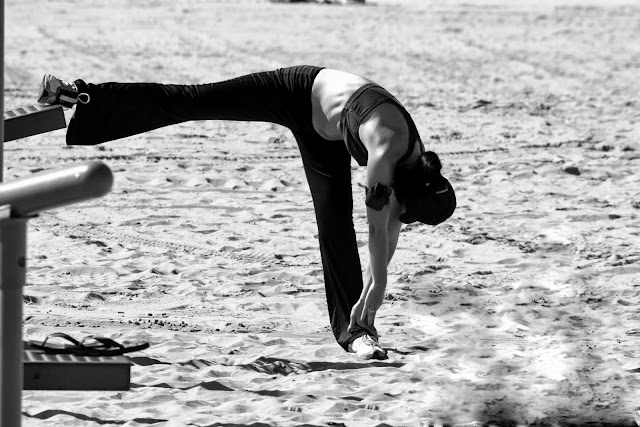 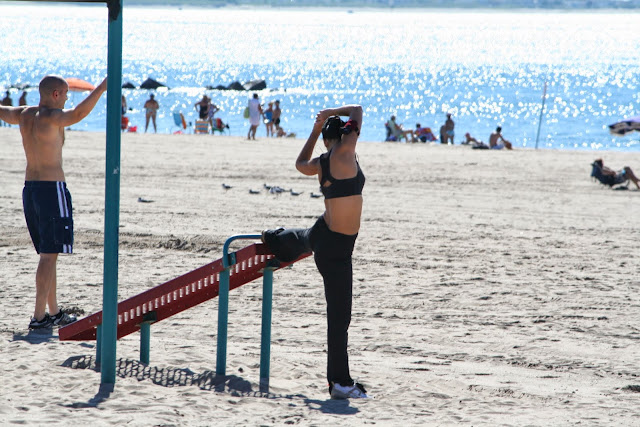 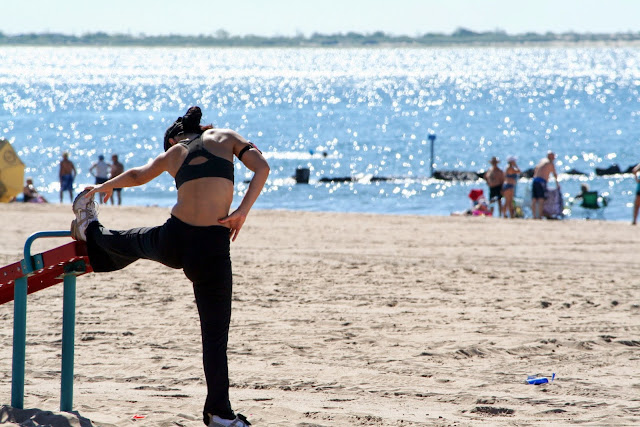 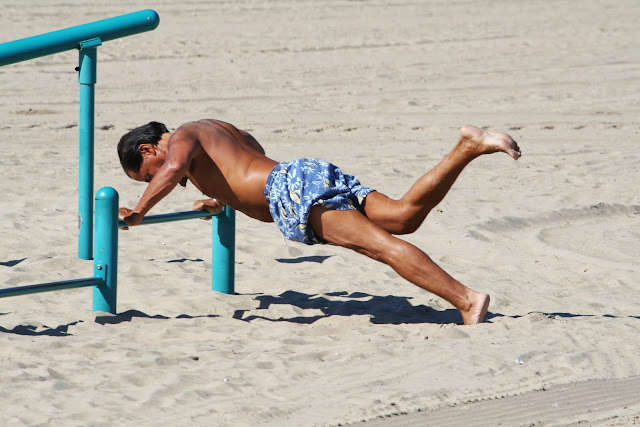 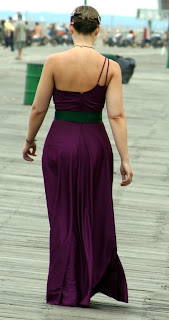 As I approached the entrance to the boardwalk on Ocean Parkway I was suddenly swept up in a wave of men and women, boys and girls, all decked out in formal wear, and weird beach toys,  pouring out of the Asser Levy park across the street.  Yes. They're back.  The wild and zany Improv Everywhere group made its annual descent onto the sand and surf of Brighton Beach in their evening best to the surprise and delight of the Sunday crowd.
Decided not to chase after those that headed towards the water but stayed dry while following some of the elegantly clad eccentrics down the boardwalk towards Coney Island.  Here are more of the photos taken that wacky Sunday afternoon
No comments:

Join us Monday for Flicks on the Beach: 42 and Diversity Day!

Join us Monday for Flicks on the Beach: 42 and Diversity Day!

Before the movie, join us at MCU Park as we celebrate Jackie Robinson and Pee Wee Reese's legacy at the Brooklyn Cyclones game as they face the Staten Island Yankees at 5:30pm.

Then, make your way to the Boardwalk for Flicks on the Beach with a special presentation of the Jackie Robinson biographical flick, "42". Plus! Wear your favorite baseball jersey and receive special discounts on the Boardwalk.

How Sandy has changed the game in Coney Island

How Sandy has changed the game in Coney Island | The Indypendent

“We’ve been doing everything on the up-and-up for 20 years,” said Jane Parmel, who runs a party-planning business at the corner of West 15th St. and Mermaid Avenue. She lost $150,000 in equipment and supplies to the storm’s rising waters. “In those 20 years I’ve employed over 100 people, and I can get nothing back from the city that I’ve paid taxes to.”

Around the corner from Parmel, Magda Perez has received one $15,000 loan from the Small Business Administration. Perez and her husband Sabino Eugenio, a retired butcher, opened Mermaid Prime Meats last October with a the hope of providing groceries at affordable prices to their fellow Coney Islanders, more than a third of whom rely on food stamps. In order to use food stamps in a business, that business must have an Electronic Benefits Transfer (EBT) card swipe machine, which is provided by New York State in conjunction with the U.S. Department of Agriculture. In the wake of Sandy damage, the state has stalled on providing Perez with a machine, which has caused her business to dwindle. Now, the Perez and her husband struggle to keep their shelves stocked. Many other businesses in the area have fared worse, remaining shuttered because they could get neither direct assistance nor loans.

“Right now there are so many dead zones where there are no banks or supermarkets,” said Perez, a 45-year resident of Coney Island. “Before the storm there were local stores where you’d run in and get what you need, now you have to go out of your way.” (Click on article title above to see the rest of story). 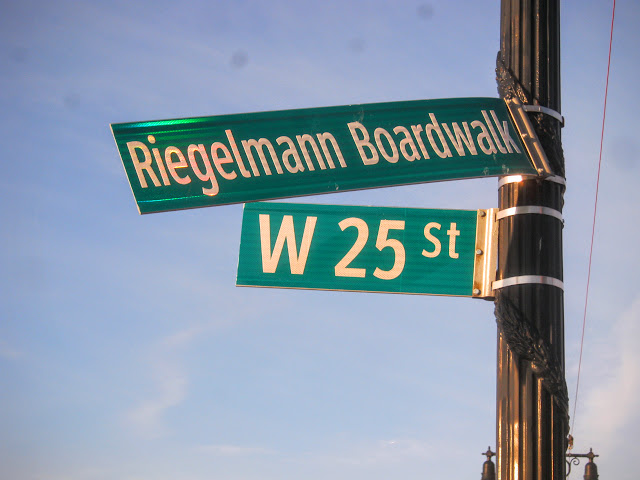 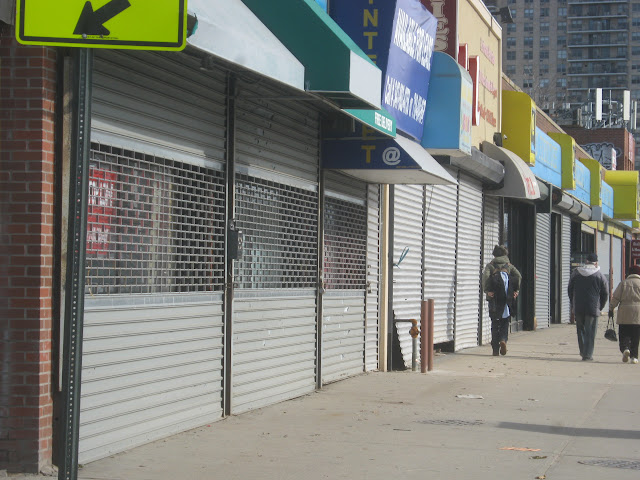 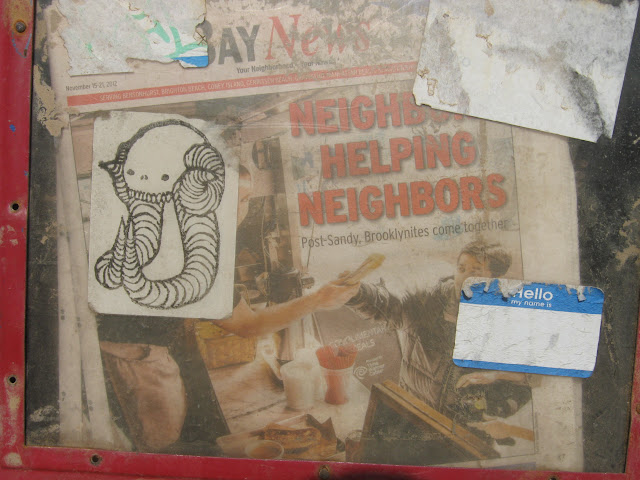 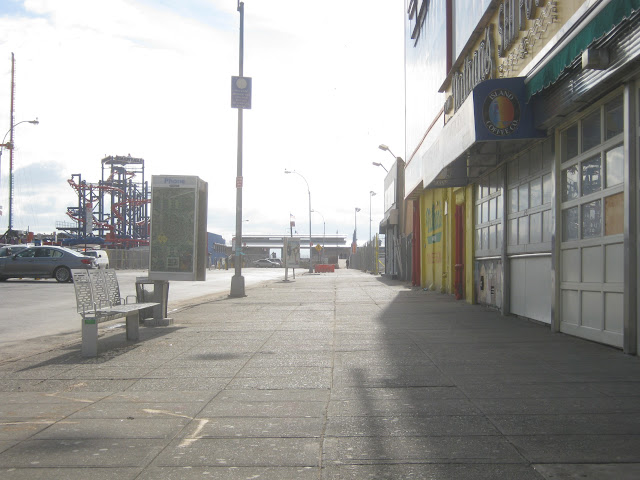 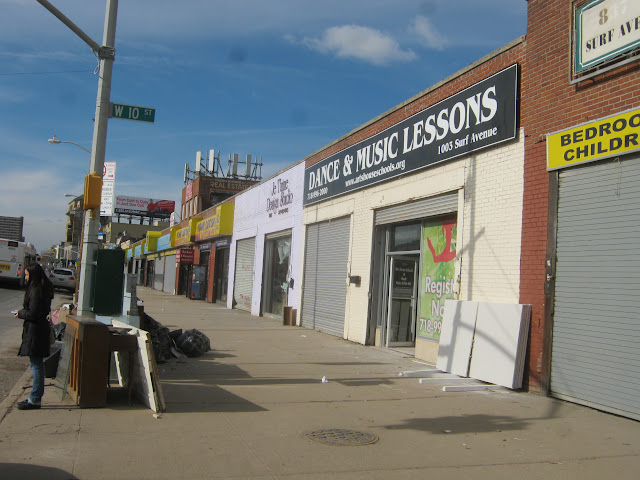 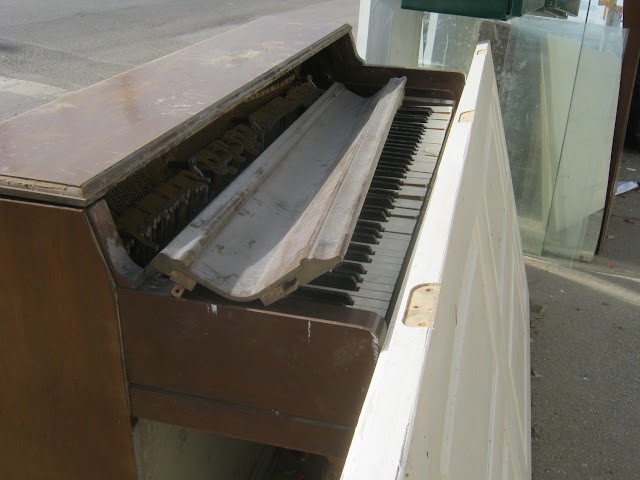 Will Citi Bike Ever Fix Its Distribution Problem? Will Citi Bike Ever Fix Its Distribution Problem?: Gothamist

Now that Citi Bike has remedied at least its most pressing technical problems (though a quick trip to the program's Facebook page reveals that plenty still exist) the city is working to tackle its next big issue: Distribution.
Our own Jake Dobkin aired his dock-blocking grievances earlier this summer, lamenting the tendency of DUMBO stations to fill up by 9 a.m., an obvious problem for the commuter who arrives at work at the same time as the rest of the office knaves jostling for a coveted spot in the rack.
Dobkin—nor DUMBO—are alone in this struggle. The Times reported today that the city is stepping up its efforts to "rebalance" the racks more reliably, so that frazzled commuters won't have to wonder whether they'd have been better off just walking or taking train. The DOT is adding three more large trucks to transport the bikes, as well as introducing bike trailers—bikes that haul other bikes through trafficked areas that would otherwise delay a truck. It's also erecting three "staging areas" around Manhattan, which will allow for more prompt delivery than the usual process of bringing them from the warehouse in Sunset Park.
The city, per usual, has downplayed the issue of dockblocking, indicating that it's simply a sign of the system's success. "The numbers are so big you really have to take a 'Star Trek' transporter just to keep up with the demand," Transportation Commissioner Janette Sadik-Khan boasted to the paper. (Typical KHAAAAAAAN!)
But the perception that the distribution issue is somehow more minor than a technical glitch seems wrongheaded. Ultimately, it doesn't matter what the problem is—a transit system must be reliable in order to be useful. Walking into work late because you couldn't find an empty rack or, conversely, because all the bikes are gone is precisely the same as walking in late because your bike wouldn't dock. Late is late, especially in the eyes of the bosses, who probably just assume you're hungover, anyway.
It's not for nothing that Washington D.C, which has been in possession of its own bike share program for several years, still suffers from serious dock-blockage. I took a trip there myself in May, and I can tell you that the problem is grave—a person should never find themselves in a foot race across Independence Avenue against a man sporting a rat tail and JNCO's for the last slot in the Capital Bikeshare rack. Which I did not.
But is the anxiety of wondering whether a Citi Bike—or a space to dock it—will be available better or worse than wondering whether the train will show up? That depends. At least the subway, occasionally, offers its own rewards: We still haven't seen a shark riding a Citi Bike.
No comments:

On Saturday August 10th, Place To Beach Cantina (PTB) is the Place to Be as the restaurant hosts the first PTB Beach Volleyball Tournament in Coney Island. The one-day beach volleyball tournament will feature both a men's and women's draw with a 1st place cash prize of $1,000, a 2nd place cash prize of $600 and a 3rd place cash prize of $200 for each winning team.
Attendance will be open to the public, and from 8:30am spectators and beach goers can witness some of the best beach volleyball players from the east coast battle it out on the legendary Coney Island beach. Confirmed players include professional athletes and Olympians.
The tournament will take place on the beach at the Stillwell Avenue entrance, Coney Island across from PTB Cantina. Following the tournament, the awards ceremony and after party will take place at PTB Cantina from 8:00pm-10:00pm, open to all who would like to attend. Rain date for the tournament is scheduled for the following day, Sunday, August 11th.
A portion of the tournament proceeds will be donated to AllStarr Volleyball (a 501c3 nonprofit organization), the fastest growing USA Volleyball Juniors club in New York City with teams of girls and boys ranging from ages 13-18.

A Traffic Light to Replace a Bridge Over Traffic?

(excerpt)
Coney Island has lost another landmark after an iconic pedestrian bridge was torn down overnight for safety reasons.

The bridge, which connected the West Eighth Street subway station to the New York Aquarium and boardwalk, had stood for 50 years, but fell into disrepair. Chipped paint and rust could be seen on a remaining section of the bridge Thursday morning.

“It was like the entrance,” Eliza Shulman, a Coney Island resident, told CBS 2’s Don Champion. “You could see everything. You could see all the way down that way — the boardwalk, the ocean, the baseball stadium, the aquarium. It was just really cool.”
1 comment:

the girl in the blue bikini

Dancing on the Boardwalk