Ten years ago, in December 2006, I went up to Battery Park to join many other people in adding prayers and messages of hope onto a steel beam that would be one of the thirty supporting columns for the base of the Freedom Tower, now called 1 World Trade Center. The thirty foot beam was painted completely white. When I arrived I was given a black magic marker and walked alongside the beam looking for some free space to add my message to the inscriptions of others who had come earlier. There was no space left on the beam for my original message but then, I thought of my family, and squeezed in our four names "Allan, Liz, Elena, Rachel.”


Over the following years the connection with that day in Battery Park and the unrelenting construction of the new World Trade Center and Memorial along with the entire renewal of the site faded from my memory. I didn't avoid lower Manhattan but my daily routine of looking for a new job and a long commute with the one I finally found bypassed that neighborhood and my thoughts. To me it was just another construction site among many others that were sprouting up all over the city.  When I did find myself downtown I found that it was just an annoying, chaotic jumble of noise, crowds and detours. After three visits to the Memorial Park with both of you and my mother and sister I stopped going.

Now ten years  later, my current employer, FEMA, was relocating its regional offices to 1WTC. After 9/11 FEMA was the lead agency providing disaster assistance for response and recovery for survivors. Now I was back and those distant 9/11 memories began to return. 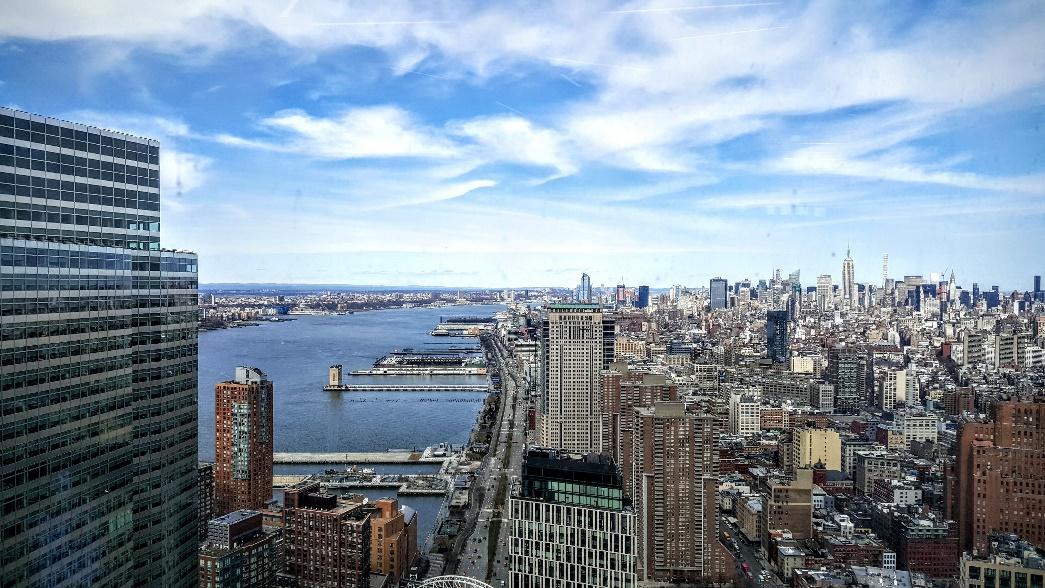 A month ago I entered the soaring lobby of 1 World Trade Center to start my first workday on the 53rd floor. When I found my work area I walked over to one of the large panoramic windows that was only a few feet from my desk.  I faced north … uptown.  Manhattan was laid out before me with all its shapes, colors and textures. The narrow ribbon of the West Side Highway meandered up and away and I was surprised by how wide the Hudson River appeared.  The Empire State Building seemed small and ordinary. Construction activity was everywhere at the most dizzying of heights. But as I gazed out at this magnificent view I could not escape remembering that dark day almost 15 years ago…that bright fall day in 2001 when I was driving along the Long Island Expressway to my job in Long Island City and suddenly confronted with the charred tops of both twin towers in the distance. The blackest smoke against the bluest of skies drifting towards Brooklyn.

I now looked out of the window with the same view as the people who worked and died at their workplace in the North Tower on September 11, 2001. Looking north  I imagined their terror as they watched American Airlines Flight 11 crash into their building  Just as I was doing today, they had just begun a routine workday greeting each other and finding a place to hang their coats.  It was a painful, chilling feeling.
But then an extraordinary understanding released me from those awful thoughts of that September morning. 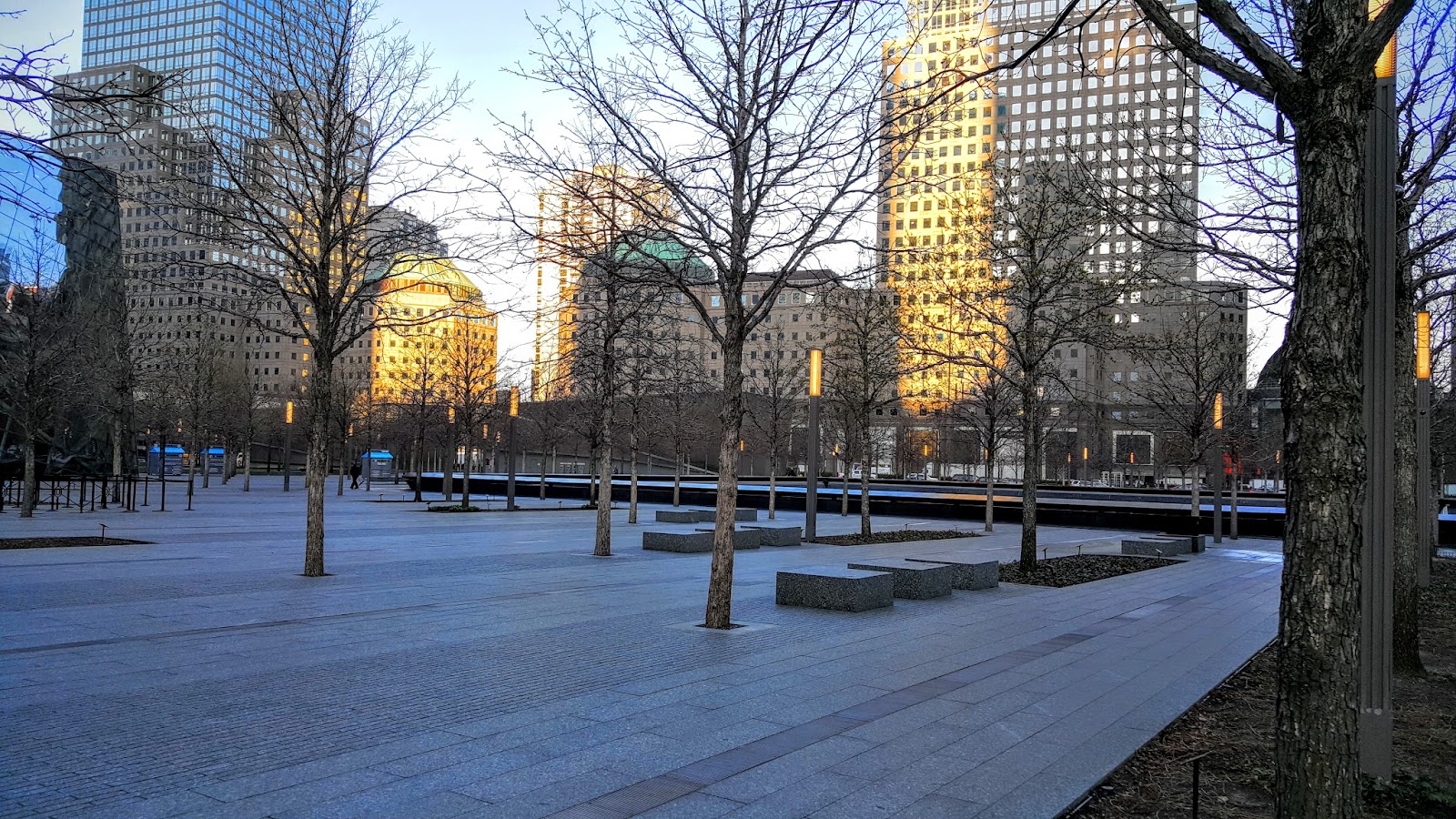 I suddenly realized that hundreds of feet below the 53rd floor where I now stood, deep in the ground, the same special white 30 foot steel beam that was covered with many messages of sadness and hope from ten years ago now stood permanently encased in tens of thousands of tons of dark gray steel and concrete. And now I work within this enormous edifice far above that white beam where the four names of our family;  mom, dad and your names, are on that beam just where I had written them many years earlier. Our names “Allan, Liz, Elena and Rachel” are with me every work day, forever connected together, protected in the safest of spaces, within a building that will endure for centuries. 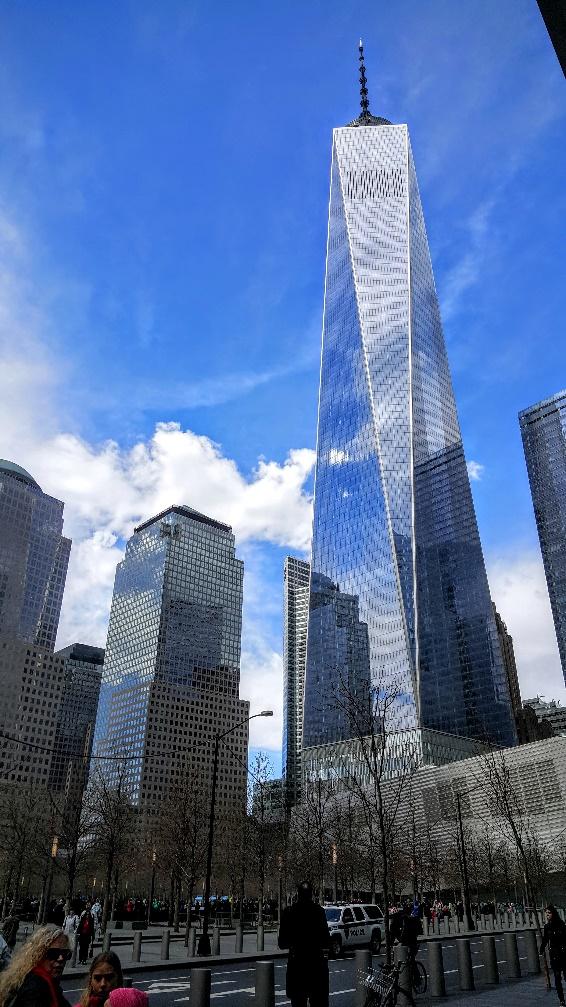 And many years from today the grandchildren of your grandchildren will visit this site. They will not know it as "ground zero;" but see an extraordinary plaza and museum, where you can hear the soft splash of the waterfalls and enter a quiet, somber place to hear a terrible story of what happened here a long time ago. The children  will stretch their necks to seek the top of this building. They will probably say "Awesome." And they will be told by their parents about how the four names of a loving family from an earlier generation ended up within these powerful walls. Maybe they will share that story with their own children and remember our names.

So every morning, when it is still quiet, before construction begins, as crowds gather to remember, and the lines for the museum have not yet formed, I choose to walk from the subway past WTC 3 and 4 into the wide expanse of the 9/11 Memorial, past the two pools and into the south entrance of 1WTC.  And I remember during that short walk about the chance intersection of tragedy, hope, renewal and most important, the enduring spirit of family; how four names hastily written now forever connect not only with each other but with the thousands of names carefully chiseled in stone outside these walls. 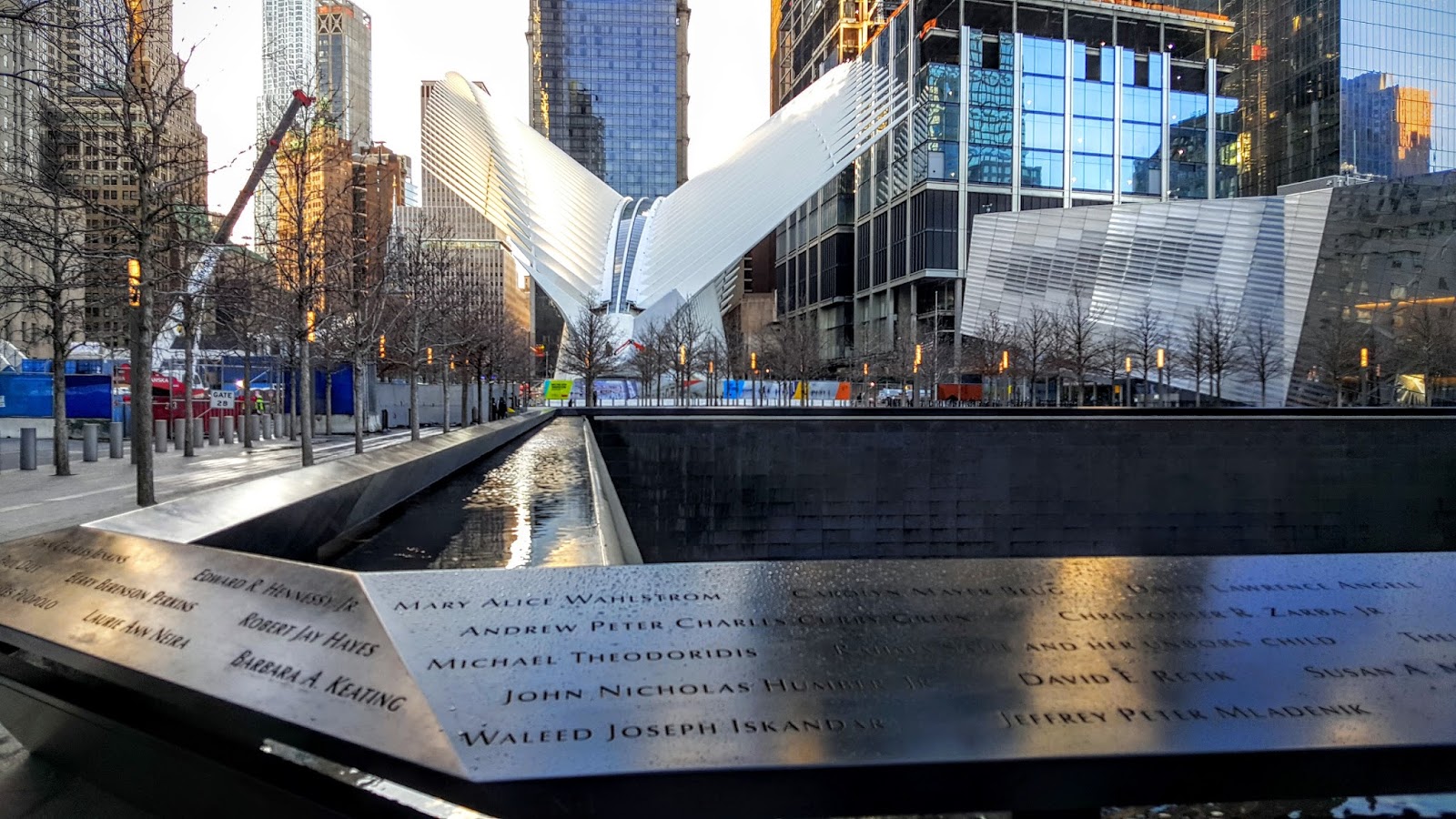 As I looked northward this morning from my desk I saw a bright blue sky with some wispy clouds on the horizon.  I looked for a plane that I did not see.  And as I turned away from the window, I looked down at the floor, past my feet, past the 53 floors, through the lobby and into that dark underground space.  I see the white steel beam that is the beating heart of this 104 story building. No longer a construction site but now filled with the vibrant life force of thousands of people who come to work and visit every day. And even in darkness the heart of that special beam will beat for many, many  generations to come.


I am very sure of that.