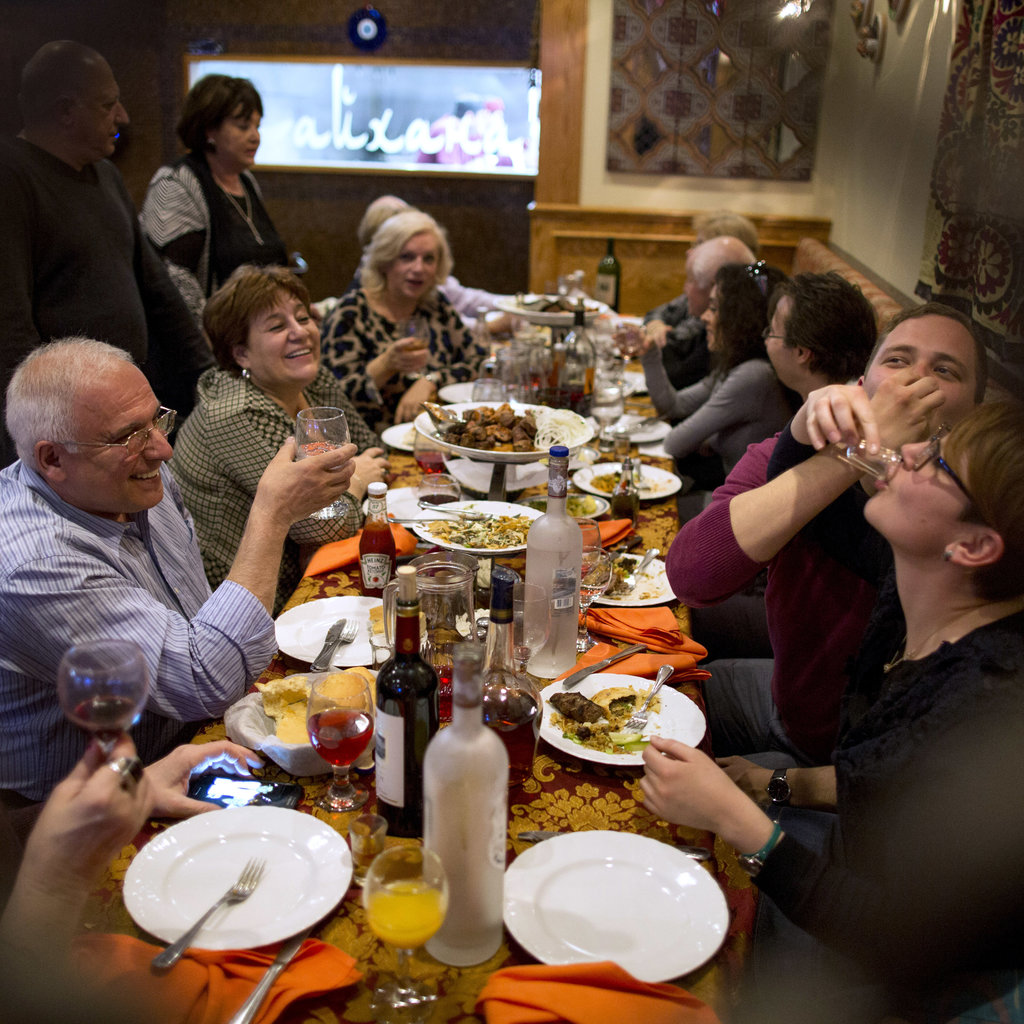 On a warm evening in Sheepshead Bay, under a dark canopy of Brooklyn sky, a crowd gathered on the corner of Coney Island Avenue and Kathleen Street, beside a midnight blue awning three storefronts long, enjoying, at last, a gentle spring that augured the tender lamb and other Central Asian delicacies awaiting inside.

The main room of Nargis Cafe is large, warm and colorful, adorned with Suzani carpets and Uzbek artifacts, and with the smell of wood smoke, seared meat and spices emanating from the bustling kitchen. Along with uniformed servers all wearing traditional tubeteika caps, an avuncular floor manager works the room, where platters and bottles and plates obscure the surface of tables surrounded by festive groups, mostly Russian-speaking denizens of outer Brooklyn. The crowded confines are also favored by hipster double dates and fashionable Chinese professionals speaking in Mandarin and English.

Those inside have endured the wait required to enter Nargis on a Saturday night.

In 2007, when the Uzbekistan-born, American-trained chef Boris Bangiev, now 36, opened his cafe, he named it Nargis, the Uzbek word for “flower,” which conjures curiosity and beauty and, fittingly, implies growth. 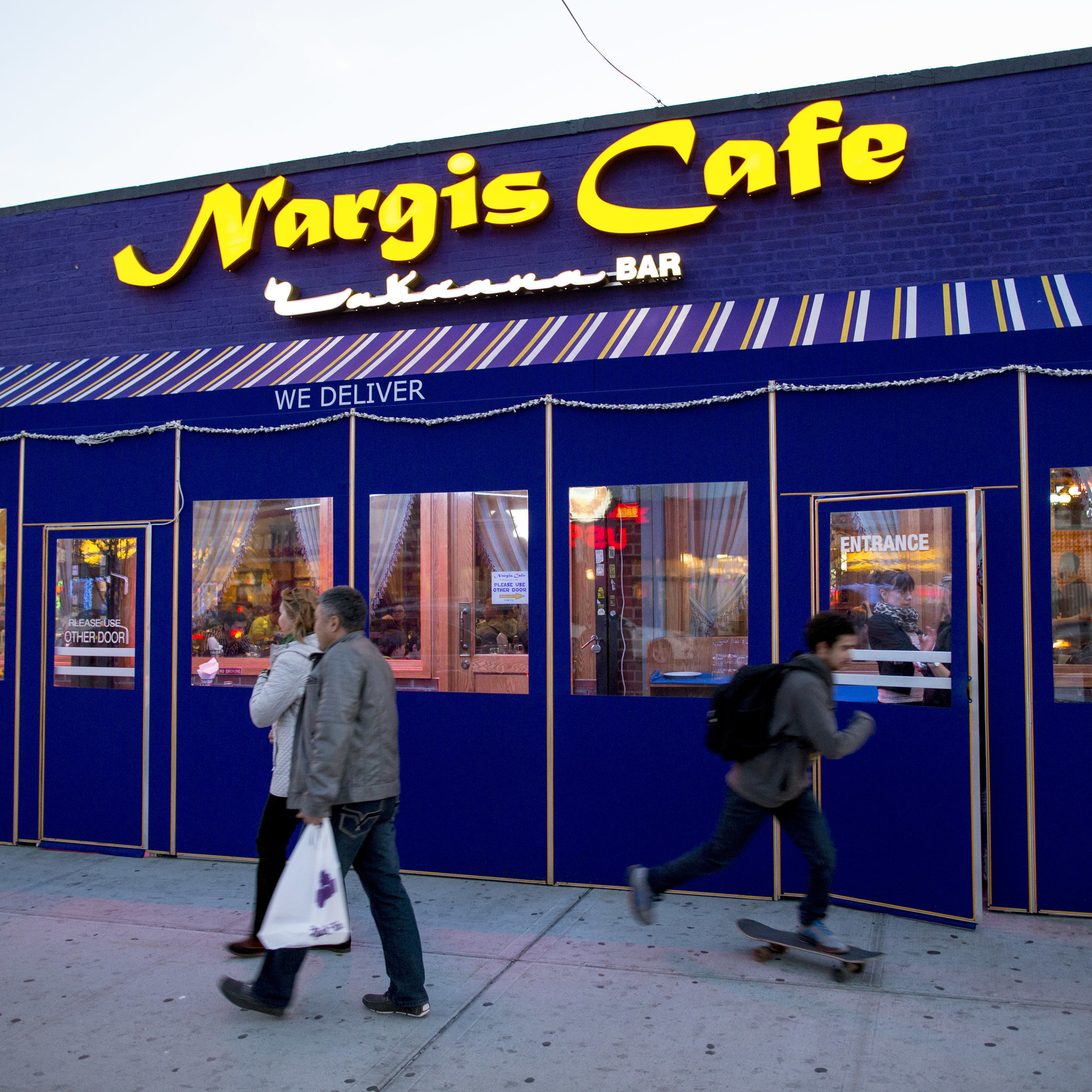 The original space was a narrow walk-in, pinched between a florist and a dry cleaner. A bustling takeout service began to accommodate those who could not tolerate the lines. In 2010, the flower shop closed, and Nargis Cafe expanded into the space, doubling its size. When the dry cleaner on the other side folded in early 2013, Mr. Bangiev shuttered the cafe for six weeks to absorb the new space, though even with the cafe’s current capacity of nearly 100 patrons at a time, patience is still customarily required. There is really nothing else like Nargis Cafe around.

Mr. Bangiev selects all of the ingredients — locally as possible, imported when appropriate. It is a balancing act between honoring tradition and catering to the modern palate. Decidedly non-Central Asian fish varieties, like salmon, sea bass and branzino, were added to the menu. Wood coal is imported from Argentina to ensure that the shish kebabs are infused with the perfect flavor. 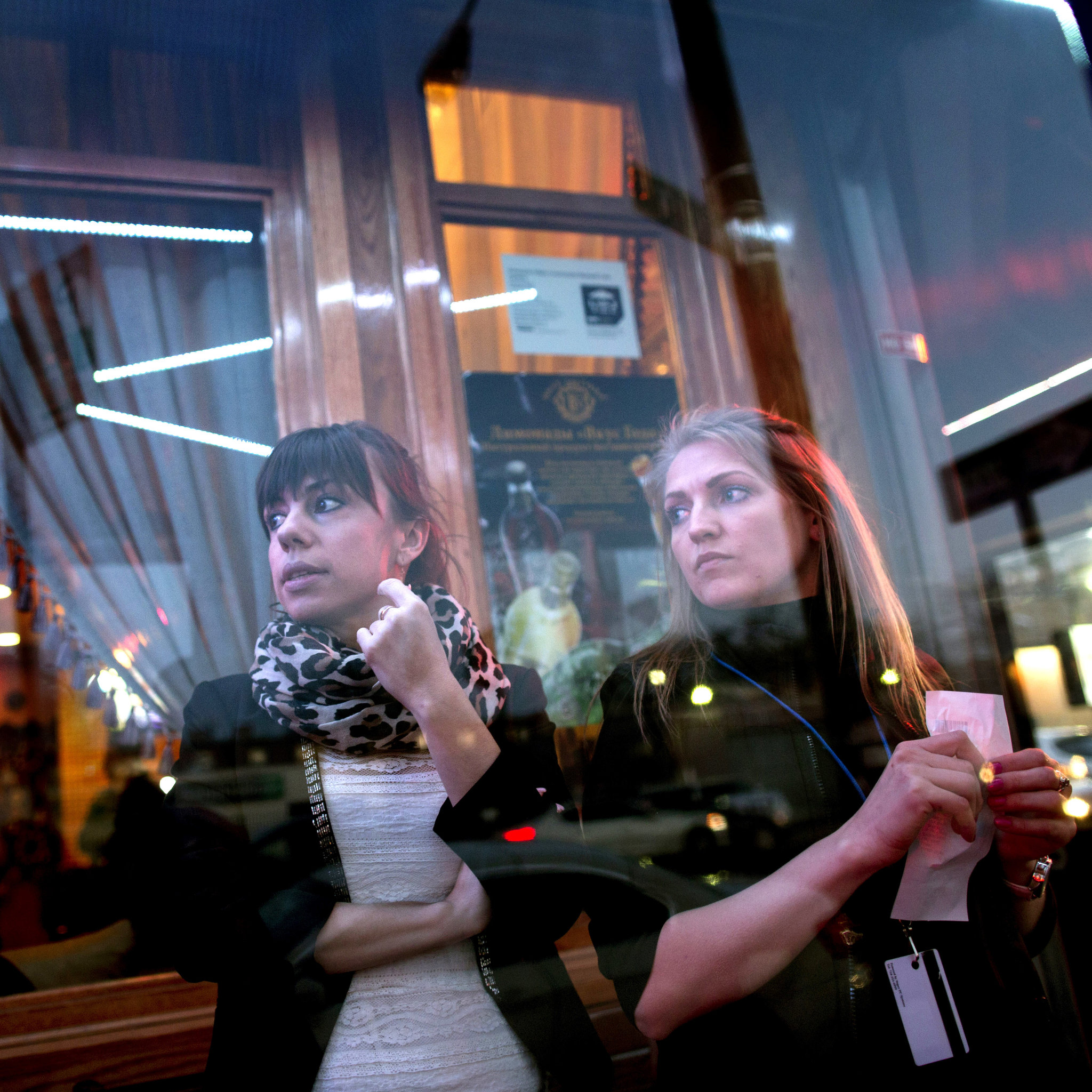 Everything except a few desserts brought in from a local bakery is made in-house, including beef noodles pulled by hand, and dumpling casings and savory pastry crusts rolled early in the morning, long before the cafe opens. Mr. Bangiev performed the pulling and rolling and almost all the cooking himself in the fledgling years of Nargis. Even though he has entrusted the kitchen to his cooks, Mr. Bangiev can still be found each day and evening at the cafe, immersed in every aspect of his restaurant.

“I know everything that happens here,” Mr. Bangiev said with a knowing smile. “Sometimes even before it happens.”

What happens, though, for the most part, is fairly predictable. Groups arrive, liquor in hand. They endure the wait for a convivial meal of multiple courses, blending flavors from Asia, the Middle East and the Mediterranean: fresh breads, appetizer spreads, stuffed dumplings and pastries, rice pilaf (Uzbekistan’s national dish), roasted whole fish and shish kebabs. Hot tea is served in traditional pots.

Ekaterina Lapeva, 26, knows the routine well and was happy to wait on a velvety April evening. “I came here when I first arrived from Russia,” she said. “I love the food and all the people. I don’t have family here in America, but this is like my family.”