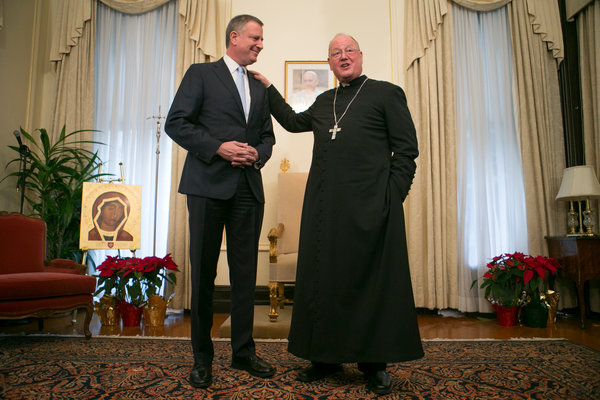 (excerpt)
"The Irish of New York City, long accustomed to an outsize role in political life, are feeling left out in the cold. And the mayoral affronts, according to Irish officials and civic leaders, have quickly added up.

When Mr. de Blasio, citing animal cruelty, pledged to ban carriage horses from Central Park, many Irish-Americans were aghast, calling it a threat to an industry that has been a deep source of pride for the many Irish immigrants it employs (even the Irish actor Liam Neeson registered his protest).

And when Mr. de Blasio’s team failed to send out invitations for the yearly St. Patrick’s Day breakfast at Gracie Mansion, a cherished tradition for the city’s Irish elite, widespread alarm set in, leaving Irish leaders anxious at the prospect that Mr. de Blasio might cancel the annual event."