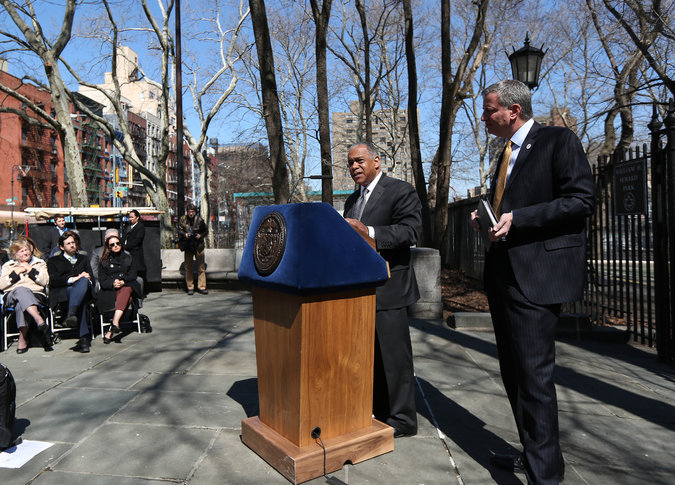 (Excerpt)
Mr. Silver said a park system is “vital to a healthy and prosperous city.” He pledged to work with “all New Yorkers in all boroughs in all neighborhoods.”

In his remarks, the mayor addressed a bill introduced in Albany last year that would force the largest conservancies to give away some money to needier parks. Mr. de Blasio called the legislation “creative” and “productive.”
But he stopped short of endorsing specific requirements of the bill, which was introduced by State Senator Daniel L. Squadron and would divert 20 percent of the budgets of the biggest park conservancies and alliances to a new Neighborhood Parks Alliance Fund.