7 simple steps to safer city streets. De Blasio must be guided by the evidence -- not by what sounds good politically 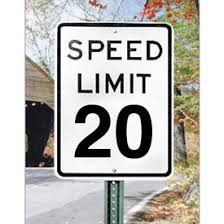 Lower the speech limit? Maybe. But that's one small piece of the puzzle at best.
There have been way too many pedestrian deaths in New York City in the past few months. January’s 18 deaths so far have gotten a lot of attention — possibly because they are on new Mayor de Blasio’s watch .I welcome the outcry for action — but let’s get the remedies right. We know from experience that some measures work. Others, including some crowd-pleasing ideas, have little or no evidence to support them — and may cause more harm than good.

I saw this years ago, as the city’s traffic commissioner, when traffic signals that didn’t meet engineering requirements were installed in response to political pressure. Crashes and injuries went up at these locations, while they declined at locations where we installed them for the right reasons.

Today, there’s an outcry to lower speed limits to combat pedestrian fatalities. Wouldn’t it be great if just putting up signs worked? But it probably won’t.

I agree that New York City, not the state, should dictate local speed limits, but I have found no evidence that a blanket change in the city limit from 30 mph to 25 mph or even 20 mph would work.

You may say there’s no harm in just slowing all cars down. But some studies, mostly on highways, have found that this can actually increase crashes. Some drivers lower their speeds; others keep driving as they did. The speed differential between cars increases, and that increases crash potential.

So what should de Blasio do to push us toward a fatality-free Vision Zero?

Targeted reductions. A 20-mph speed limit adjacent to schools and other sensitive areas, like senior citizen homes and playgrounds, can make sense, provided it’s accompanied by measures such as flashing signboards that tell you your speed and camera or police enforcement.

Speed cameras. Appropriately deployed speed cameras to enforce current regulations are proven to be very effective. Studies have found dramatic reductions in speeding violations of more than 70% at camera locations.

Crunching the numbers. Police Commissioner Bill Bratton, who likes using data to make decisions, seeded the creation of TrafficStat the last time he was at the NYPD. He should breathe new life into it — and enlist the city Department of Transportation as a full and equal partner.

Analyze every crash. I’ve seen firsthand how sending a traffic engineer to a fatal crash scene can reduce future casualties. We should reinstitute DOT’s forensic engineering investigation unit for all fatal and severe traffic crashes. After all, we lose about a 747 jet’s worth of people on our streets every year. We should have National Transportation Safety Board-equivalent investigations for fatal and severe traffic crashes.


Step up DUI enforcement. Impaired driving (and, frankly, drunken walking) contributes dramatically to the death rate. Most studies link at least half of all traffic deaths to alcohol or drug impairment. Law enforcement officials elsewhere are using passive sensors that can detect ambient alcohol in a car, giving officers cause to further investigate drivers.

Focus on the true culprits. As this conversation has unfolded, there’s been a fair amount of blame placed on pedestrians for their dangerous behavior. But a 2010 city DOT study covering five years of data found that nearly three of five pedestrians who were killed were in a crosswalk with the “Walk” indicator on. Police should visibly enforce the requirement to yield to pedestrians, as they are doing in Park Slope, Brooklyn, right now.

Design, design, design. One of the best ways to create safer streets and intersections is to rethink how they operate. Solutions with a good track record of reducing injuries and deaths include installing pedestrian refuge islands, properly timed traffic signals for walkers, strategically placed red light cameras and better lighting at high-crash locations.

As I said, it’s great that elected officials are demanding action. I just hope they listen to the experts before acting.

Schwartz, aka Gridlock Sam, is a licensed professional transportation engineer in New York. He is founder and CEO of Sam Schwartz Engineering.