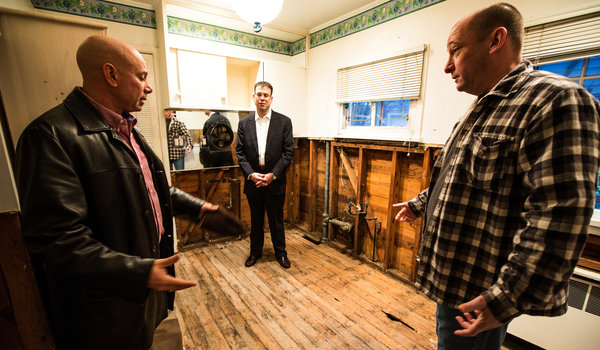 John Vento knew exactly how much his home was worth. The retired New York City police officer put his two-family house in the New Dorp Beach area of Staten Island on the market for $580,000 in February. Soon after, he refused an offer of $510,000.

But that was before Mr. Vento and his wife watched from the top floor as 10 feet of water ruined the home in which they had raised their three children. Last week, he sold it for $279,000, less than half his original asking price, unable to wait for a better offer.

“I was fortunate to get what I got,” he said. “I’m 72 years old. What am I going to do? Wait until I’m 82? By that time I’d be living in a nursing home.”
The real estate market along the New York and New Jersey coastlines has been as upended by Hurricane Sandy as the houses tossed from their foundations. In places where waterfront views once commanded substantial premiums, housing prices have tumbled amid new uncertainty about the costs of rebuilding and the dangers of seaside living.

Homeowners have had to decide quickly whether to sell out or pour more money in to fix storm-damaged homes, as the real estate speculators who have descended on these areas make offers that would have been preposterous just two months ago.

Some owners have indignantly balked and even gone so far as to take houses that were already on the market off, waiting for values to rebound. But many others who lack the means or the desire to rebuild say they have no choice but to try to get out from under these properties for whatever they can.