Who Speaks for the Carriage Horses? - NYTimes.com 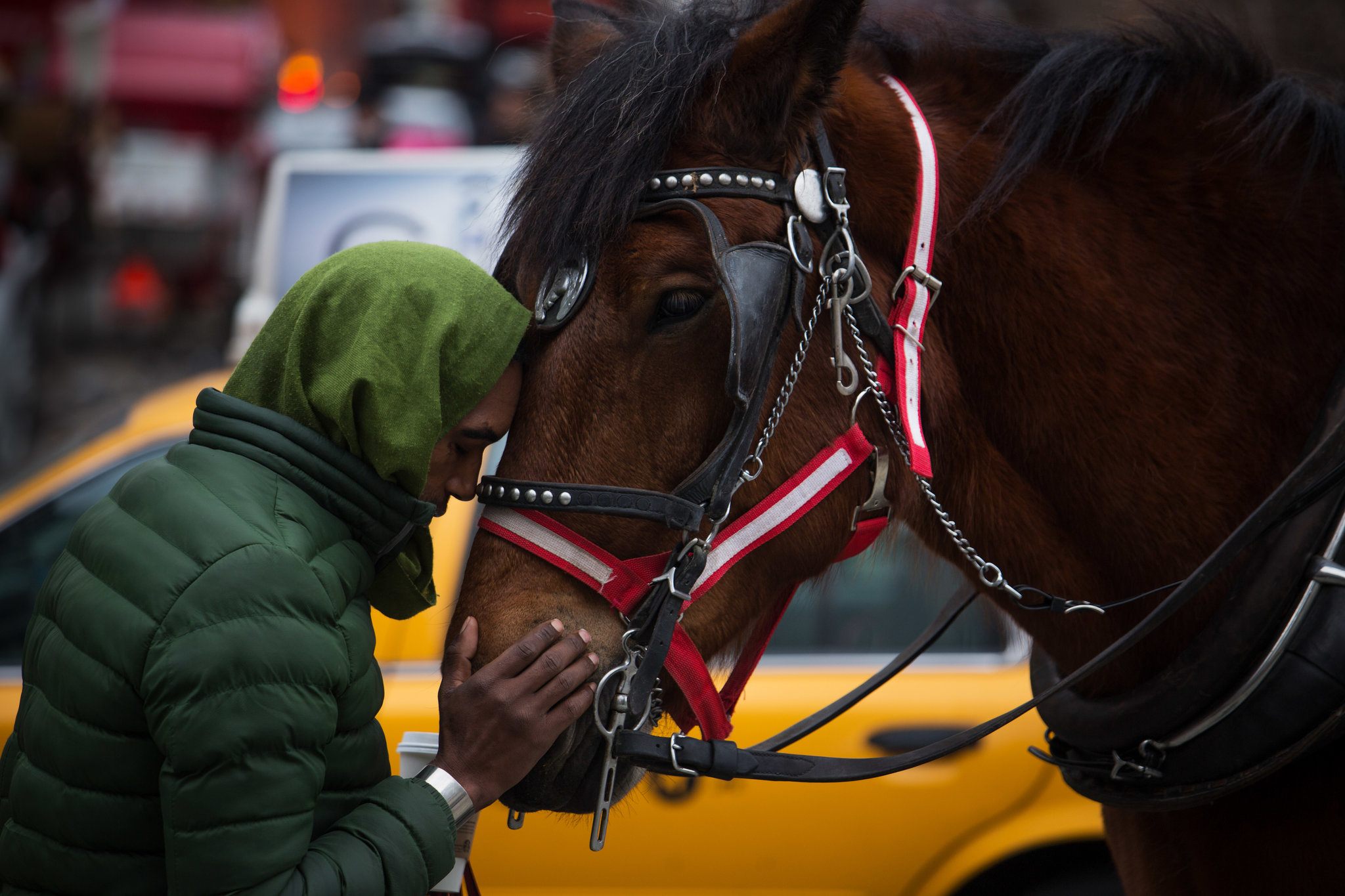 Who Speaks for the Carriage Horses? - NYTimes.com (Click for full article)

If only Teddy could talk. Then we would know what he thinks of the politicians and activists and drivers who argue about his future. He could expound on Manhattan traffic, its pollution, the cold, the heat, the hay and the shrieking girls clutching dolls who pet his nose on Grand Army Plaza. 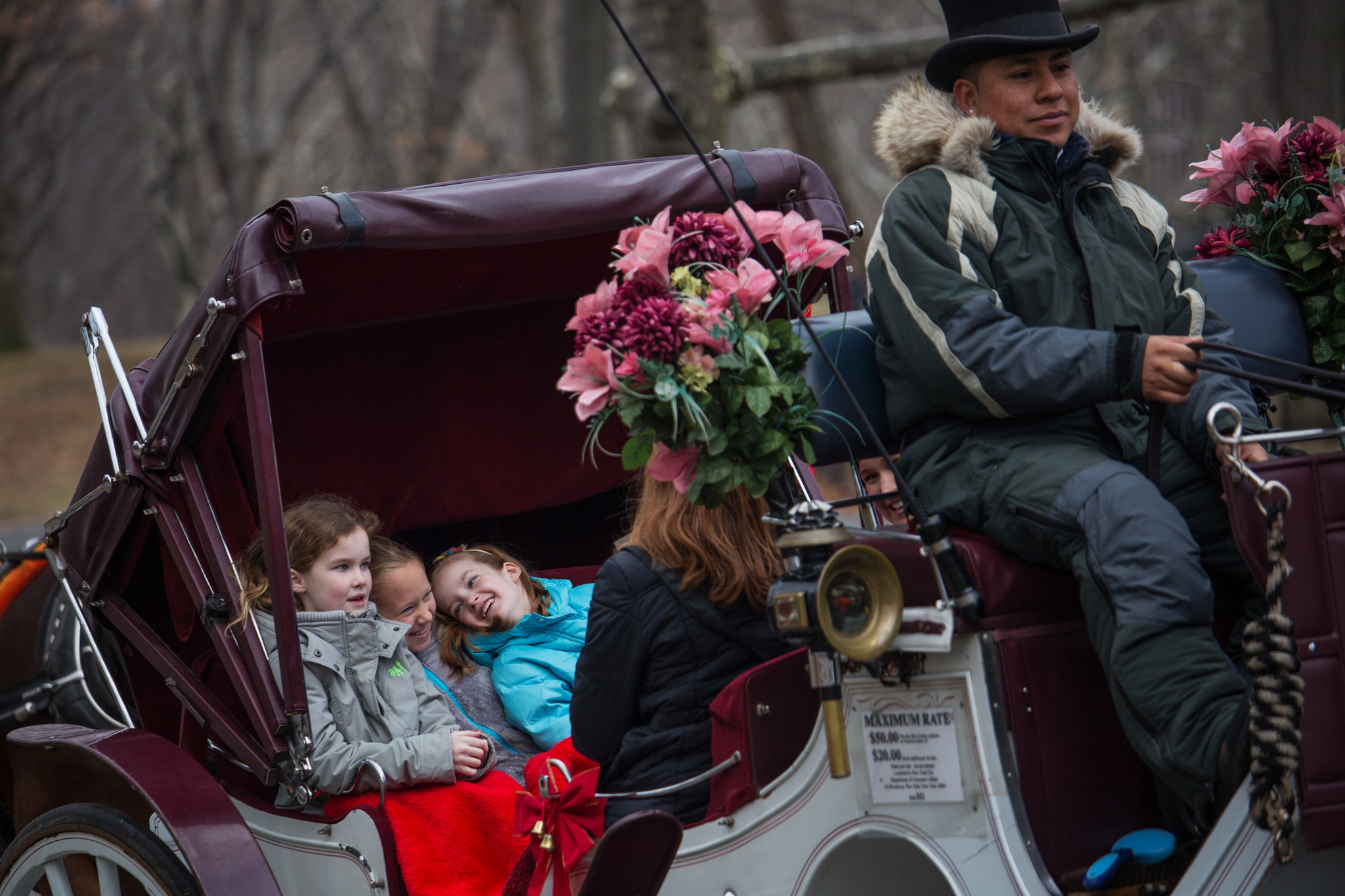 Teddy is 11 years old, a Percheron-cross draft horse from Pennsylvania’s Amish country — a pinto with a coat the color of warm cocoa and whipped cream. He has blinders on. But even those in the know cannot foresee how long it will take for Mayor Bill de Blasio to fulfill his campaign promise to banish the Central Park carriage horses as his first legislative act.
The City Council, now led by the sponsor of a 2010 bill to ban horse-drawn carriages, Melissa Mark-Viverito, has yet to discuss the issue. 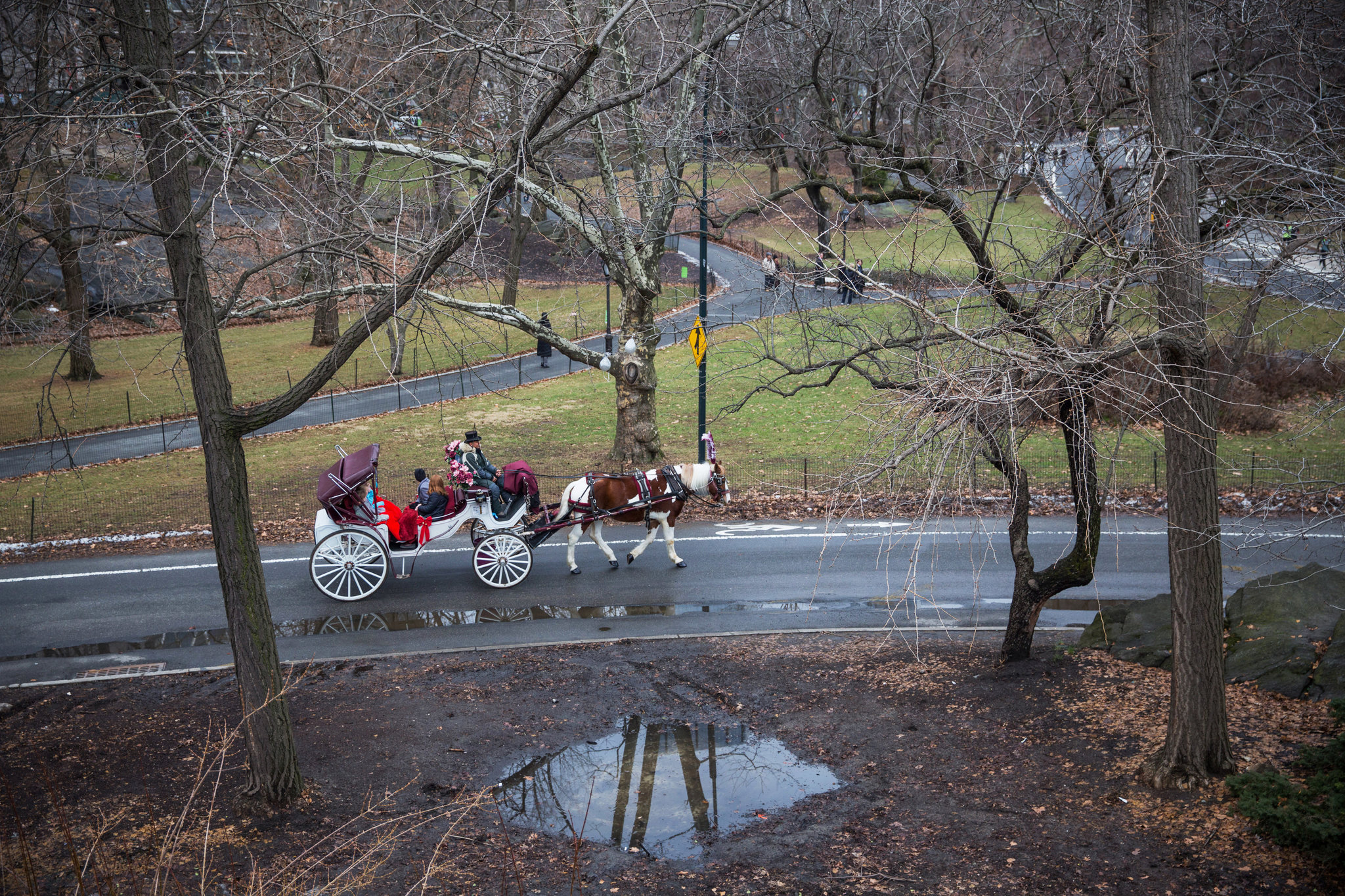 Activists who want to end the carriage-horse trade contributed more than $1.3 million to help elect Mr. de Blasio and council members who supported a ban with a solution: Replace all the horses with a fleet of antique-styleelectric cars to serve tourists, not just in Central Park, but all over the city.