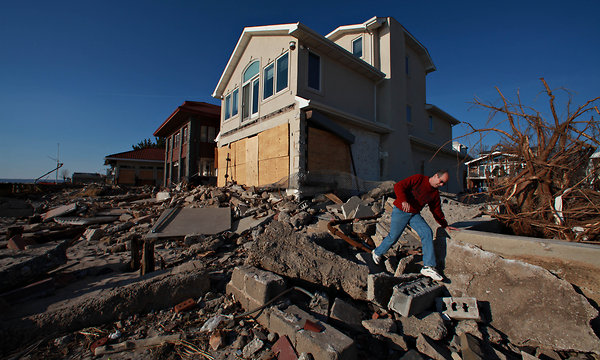 
(Excerpt)
Once the gilded retreat of the Vanderbilt family, Sea Gate, like other gated communities in New York, preserved its exclusivity with the promise that the residents would assume the costs of community upkeep, maintaining their own streets, parks and sewer systems and even fielding the distinct Sea Gate Police Department.

The special status endured, through occasional controversy and political efforts to open the streets to the public, because of the community’s self-sufficiency.

But the damage inflicted by Hurricane Sandy to Sea Gate, in Brooklyn, and another gated community, Breezy Point, in Queens, was so monumental that residents who are already struggling to figure out how they will pay to rebuild their homes say they cannot afford to pay the additional cost of repairing communal infrastructure. So neighborhoods that have long held the rest of the city at arm’s length now seek the financial embrace of the city, state and federal governments.''