After Hurricane Sandy, Fighting to Save the Flavor of New York 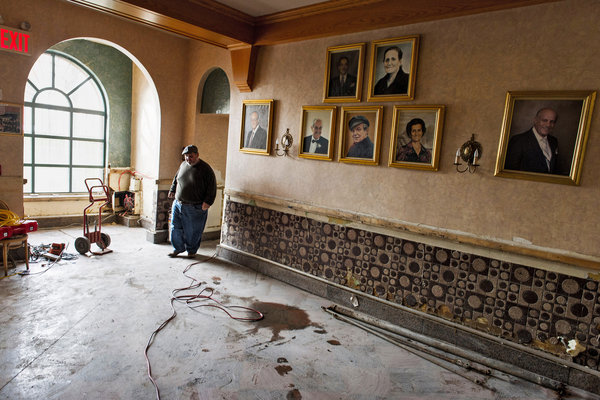 Select to read====>After Hurricane Sandy, Fighting to Save the Flavor of New York - NYTimes.com


Hurricane Sandy shredded the Atlantic Seaboard, flattening entire neighborhoods in New York and New Jersey, and it will take a long time to tally the full measure of that devastation. In a symbolic way, though, the storm’s assault on restaurants like Totonno’s tore at the very heart of the New York experience.

Totonno’s is just one of scores of beloved haunts, old and new, that have been struggling in and around the city, in areas like Brighton Beach and Howard Beach, Red Hook and Hoboken. These are the restaurants where toasts are raised to newlyweds, where candles are blown out on birthday cakes, where locals unload their troubles at the bar, and where street food is occasionally elevated to art — or at least a rowdy, pugnacious history lesson.

For many New Yorkers, they are the places that left the first emotional imprint of what dining ought to feel like. Ask someone from Nebraska — or France, Brazil or Japan — to free-associate a bunch of dishes that come to mind when hearing the phrase “New York food,” and there is a high probability that pizza and hot dogs will top that list. And when one longs for pizza and hot dogs, yearnings naturally turn to Coney Island, where two places that helped popularize them, Totonno’s and Nathan’s, were so ravaged by the storm that they have temporarily shut down.