So long Astrotower...you will not be missed 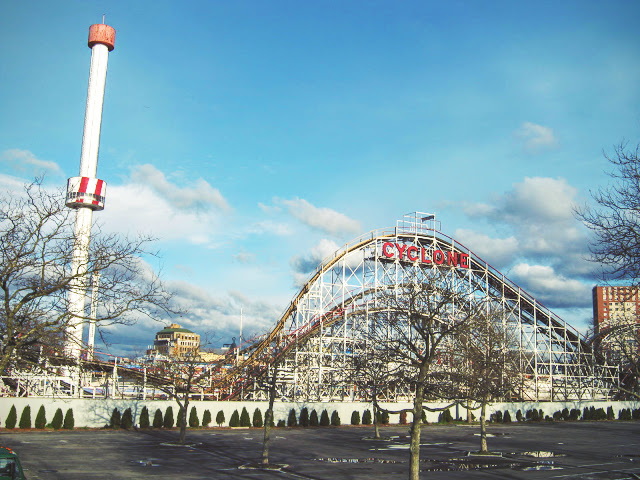 The astrotower was not one of my favorite Coney Island structures to photograph. In fact, out of the four iconic structures that soared over the amusement area the other three; Wonder Wheel, Cyclone and Parachute Jump, dominated my photo scenes. The astrotower had no character, boring lines, just a stick in the ground. Most of the time it just got in the way and it was hell to find an angle without it so I would just give up and include it with the others. But I never photographed it alone which tells how little it impressed me. You could never get a great photograph from it. However, it did produce something else. When the wind would blow in the right direction, it would make a weird moaning which was quite eerie especially during the early morning hours in the winter when the boardwalk was deserted. I found this photo that I took in 2012 and I just noticed how the tower has a distinct tilt. First thought it was it was created by the lens but not now. When it is taken down I will not miss it but I am pretty sure a replacement is already in the works because the view from the top was truly fantastic. 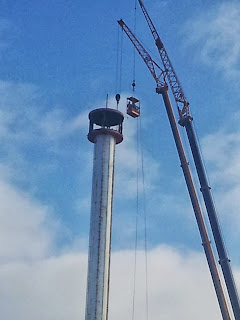