The Bikes and the Fury 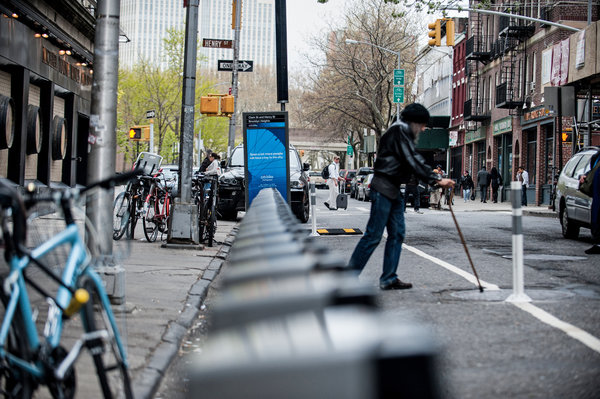 The Bikes and the Fury - NYTimes.com

(Excerpt)
Last week, street vendors in Lower Manhattan protested that racks placed on Broadway and Liberty Street threatened to displace their food carts and would force them to move. Shortly before that, Jacques Capsouto sat down on the curb to protest the placement of a bike rack in front his restaurant, Capsouto Freres on Washington Street, which possibly blocked a service entrance. The Friends of Petrosino Square, in SoHo, have fought the installation of a station close to the park of which they are advocates, believing that it would intensify traffic and impede safety. Such are the tempers in certain quarters that one member of the group created signage that called the Department of Transportation, which began the program, the “Department of Tyranny.”